The sudden eruption of Java’s biggest mountain caught locals by surprise on Saturday, sending thousands fleeing its path of destruction and forcing hundreds of families into makeshift shelters.
Semeru volcano eruption, based on data from the National Disaster Management Agency (BNPB) until Sunday, December 5,2021 morning, kill 13 people were reported dead, 41 residents suffered burns, and 1,000 more had to evacuate.
The volcano eruption of Mount Semeru in Lumajang , East Java, triggered a sense of concern for many parties.
The Ariosan Foundation opened a donation wallet to ease the burden of the victims of the Eruption of Mount Semeru.
People who were moved by their hearts in easing the burden of victims affected by the eruption of Mount Semeru by making donations through transfer to number
Bank Mandiri,
Name : Yayasan Ariosan
Swift code : BMRIIDJA
IDR : 144-00-1636985-9
USD : 144-00-1789769-2

Sorry, no posts matched your criteria. The best charity is that given by one who has little 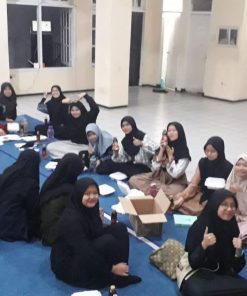